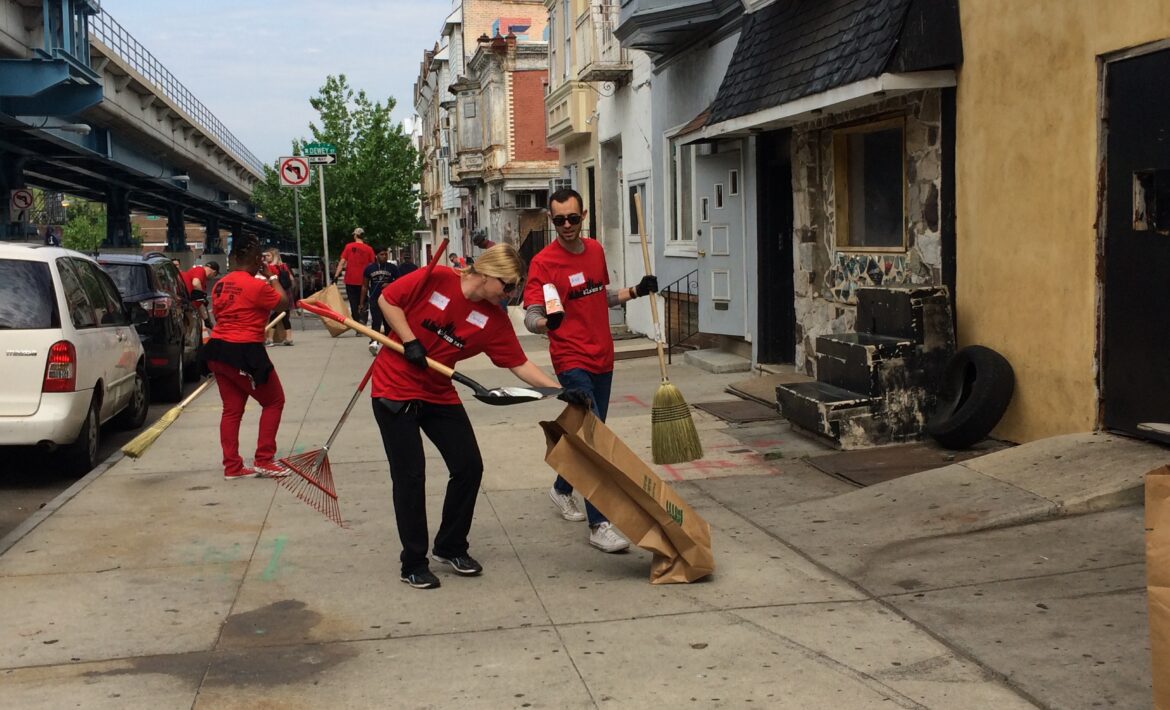 ACHIEVEability turns 40 this year, and there is much to celebrate – and much still to do, as Jamila Harris-Morrison, Executive Director of this West Philadelphia-based organization, readily acknowledges.

Their mission is nothing less than permanently breaking the generational cycle of poverty for West Philadelphia families. That means providing educational opportunities, affordable housing, employment services and resources for local business owners, among other goals.

ACHIEVEability’s longest-running initiative, the Family Self-Sufficiency Program (FSSP), is built on the belief that a college education is the pathway out of poverty and that parents are role models for their children. “Moving families into the middle class means giving them credentials that will serve them for the rest of their lives,” says Harris-Morrison. “Most transformational is the impact on the children. They are graduating from high school and going on to college. That’s where the circle of poverty is broken.”

In 2021, FSSP served 124 families and 282 children: Nine parents earned degrees, 91 percent moved into permanent housing, 50 percent increased their incomes and all of the children stayed in school.

When ACHIEVEability was awarded a $100,000 grant in 2021 from Impact100 Philadelphia to support its core mission, Harris-Morrison and her team used the funds to expand another of its initiatives, ACHIEVEability Connects. The program provides aid to local businesses along the 60th street corridor, but also addresses the needs of individuals and families. Last year this program alone helped 175 people connect to public benefit programs such as SNAP (Supplemental Nutrition Assistance Program) and health insurance, provided free tax preparation to 527 individuals, gave emergency rental assistance to 216 others, and led several neighborhood cleanups.

TechUp, launched last year under WSWP, provides paid training for low-income residents to become certified in Salesforce, the fastest-growing customer relationship management (CRM) program that is the industry standard for a range of companies — for example, a non-profit that uses Salesforce technology to track client outcomes. The pilot program had a cohort of 15 people. By the end of training, half of the cohort had passed the Salesforce exam and went on to secure jobs – and a career path – with a starting salary of $50,000. “This is just the beginning,” Harris-Morrison says. “They can continue to take courses, often through their employer, and grow to a level where the average salary is $85,000.” The initiative is scaling up this year to two cohorts targeting 50 individuals, 30 of whom are predicted to pass the Salesforce training.

In January, Harris-Morrison and the TechUp program won a Social Innovation Award under the category of “Workforce Development: Innovative service models leading to earning a living wage and economic freedom.”

Her biggest challenge these days is to “always be nimble and responsive, and to lead our team during very uncertain times.” That uncertainty has been especially pronounced over the last two years with disruptions caused by the pandemic and the unpredictability of funding levels. The organization’s 15-person staff is now operating at full capacity with a hybrid model of two days out of the office and three days in. Meanwhile, As emergency pandemic funding ends, organizational funding is expected to return to pre-2020 levels.

ACHIEVEability’s mission is consistent: to help residents of West Philadelphia “connect with resources that will lead to long-term stability,” states Harris-Morrison, who grew up in West Philadelphia and holds a B.A. in Psychology from Clark University and a Master of Social Work from Penn’s School of Social Policy & Practice. “We are here to eliminate barriers for our neighbors who have had trouble navigating systems or finding transportation, or who face literacy challenges.”

One important contributor to ACHIEVEability’s success is a strong volunteer program. Over the last four years, the organization benefitted from close to 1,200 volunteers who completed more than 14,000 hours of service valued at approximately $350,000. Volunteers assist in a number of different areas, from mentoring residents in career planning and financial literacy to participating in block cleanups. Their expertise in certain areas has also helped update the organization’s website, create a marketing plan and organize holiday, food and backpack drives for students.

What makes a good volunteer, says Harris-Morrison, is “first of all, commitment to the mission. If you are excited by that, we can find something you can do.” Then comes empathy: “You have to be able to picture what it is like to be in someone else’s shoes and be able to connect with them.” Also dependability: “Volunteers aren’t paid so we count on them to show up.”

The numbers of course don’t tell the whole story. ACHIEVEability also has unveiled a new gun violence prevention program along with new greening initiatives and construction of a community play space.

But there is one number that succinctly sums up the challenges facing Harris-Morrison and her team. Philadelphia “has the highest poverty rate of the 10 largest cities,” she says. “In the communities we serve, that rate is 37 percent. It tells us there isn’t enough work being done here to bring that number down.”

If she had one wish for ACHIEVEability, it would be “for more residents to know about us so they can access our services. We are the best kept secret no one has ever heard of.”